HomenewsMutual FundsThe Missed Oil Rally – the perils of being TOO ACTIVE

The Missed Oil Rally – the perils of being TOO ACTIVE 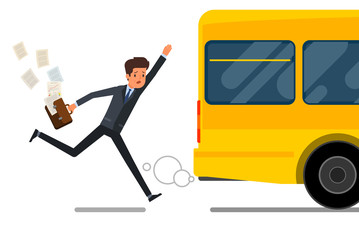 The Indian Stock market doesn’t always represent the biggest themes playing out around the world. As an alternative, the Mutual Fund industry sometimes offers solutions through funds that feed into International funds. DSP is among the most well-known ones in this area due to its historic alliance with the BlackRock group. They had a fund called the DSP World Energy Fund. It fed into two BlackRock funds. If you were an investor until October 2021, you would have got roughly 50% exposure in old energy stocks and 50% exposure to sustainable energy stocks.

Their factsheet for October 2021 showed the top holdings as:

Let us take stock of what was happening in the world around this time and how things panned out soon after.

Major world economies were pledging to achieve carbon neutrality in the next half of the current century. There were talks of sustainable energy businesses flourishing while the traditional energy businesses, such as those in oil and coal gradually fading into non-existence. Headlines reported that  OPEC+ countries had been operating below their capacities in order to create a supply crunch and get better oil prices in the global markets.

Notwithstanding what may happen towards the end of the current century, it was common knowledge around this time that rise in Coal prices was wreaking havoc. We wrote about it too.  I think almost everyone agrees that Coal is bad for the environment but it isn’t something one can push out of the production system instantaneously. Coal and Oil prices have historically been correlated. Most experts think that this correlation exists due to the substitutable nature of  energy resources. Crude oil affects Gas prices tremendously too. This was around the time that here was a lot of pressure on Gas too. Fires in Siberian forests resulted in lower supply of natural gas into Europe. Russia, allegedly, was limiting gas supplies on purpose. It wanted faster approvals for its Nord Stream 2 pipeline which the US, and Ukraine and its neighboring nations had been opposing. The demand for natural gas in Europe is generally higher around the year end when people turn on their heaters as the continent experiences winter. Poor supply of natural gas meant that Europe was also buying more coal from international markets to keep the heaters running. And it was also going to buy more gasoline to fill for the lack of natural gas. That further sent the prices of coal and crude oil higher.

“As these stories started to unfold, (I am not sure how many) wise men in DSP decided to dump BGF World Energy Fund and go all sustainable”.

Things moved forward. The OPEC did not hike output as much as was expected. That kept oil prices hovering around $90 a barrel. As the month of February was coming to a close, Russia invaded Ukraine. In a show of support for Ukraine, the western superpower nations imposed a series of sanctions on Russia. Despite the sanctions however, Europe continued to buy energy supplies – oil, natural gas and coal – from Russia. 40% of Europe’s energy needs continue to be fulfilled by Russia. A growing resentment means that Europe will have to eventually scale down its energy imports from and look for suppliers other than Russia. In retaliation to the western sanctions, Russia could very well stop selling gas to Europe, sending shockwaves throughout the continent. That could put demand pressure on sellers of oil and natural gas. That a barrel of crude traded at $139 on 08 March 2022 is a testament to the growing pressure.

Some movements since October 2021 (The top holdings in the BGF World Energy Fund):

Chevron Corp has zoomed 49% since the end of Oct-2021, while Exxon has surged 36%. Canadian Natural Resources Co has grown 40% during the period.

All these stocks are among the top 10 holdings of the (dumped) BGF World Energy Fund. In this period, since October 2021, the fund itself has grown 23%

The BGF sustainable energy fund around this declined 19%.

But you lost out on this rally and participated in the loss of the sustainable energy fund. All because of someone taking active calls in an otherwise not so active feeder fund.

Are there amends to be made?

The fund may not build a position in the BGF World Energy Fund again. It missed a peak rally. Major oil players such as Exxon, Shell and BP have abandoned their Russian operations. While they stand to gain from the surge in global oil prices, they will have to write down Russian assets worth billions of dollars, and report major losses at year end. Also, Russian oil companies are apparently offering discounts of up to 25% to Indian buyers. India has, so far, maintained a neutral stance on the war and continues to have business relations with Russia. If an alternative to SWIFT can be worked around by the two countries, which in all likelihood they will, these discounts could push down global oil prices as fast as they went up. So, the space remains extremely volatile.

Sustainable energy is surely the way forward as countries and businesses look for carbon-free solutions. But the timing to dump the old energy stocks couldn’t have been worse. Having firm and definitive views in sectors is perhaps one of the biggest perils of active management. I am sure the DSP team has demonstrated that yet again. I just wonder if any lessons have been learnt.