HomenewsOpinionInsightsSemiconductors – Neither Packed Nor Shipped

Semiconductors – Neither Packed Nor Shipped 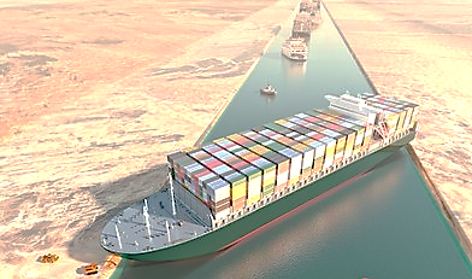 In our last story – “The world of Semiconductors”, we discussed some of the prominent names in the value chain and touched upon the fact that the world is reeling under a shortage in the post-pandemic world.

The following is one example of how hard it has begun hitting us:

Americans have not suddenly found a new love for used cars but the sales of used cars in the US have shot up. Shot up so much that the premium being commanded by used cars was a major driver of inflation in the US last month. Why? There are simply not enough new cars available in the market – the industry has slowed down as they do not have enough semiconductor chips! Slow production rate and plant shutdowns due to chip shortages are estimated to cost the global automobile industry about $64 billion in lost sales this year. Volkswagen anticipates chip shortage to worsen further in the second half of 2021.

The auto sector is not an outlier. Demand for semiconductors has gone up from every sector but chip makers are finding it hard to keep up with the pace. Apple has had to delay the release of its iPhones in some countries, while Microsoft and Sony are unable to produce enough gaming consoles even as the demand for video gaming has been reinvigorated by the pandemic. Samsung has also acknowledged that it is facing difficulties in procuring some parts for chip production. The heat from rising demand is being felt by players across industries.

It has been over six months that the problem of global chip shortage has been echoing in news reports everywhere in the world. It might be safe to assume that chip makers started facing the heat late last year itself. One may think that by now, they should have ramped up the production but the reality is far from it.

The problem is two pronged:

Adding production capacity for semiconductors is an extremely cumbersome, capital-intensive and time-consuming process given that the dynamics around the production of a semiconductor chip are complex like a human brain.

The existing capacities are also not being fully utilized – there is a shortage of components, parts and other products used in the process of chip manufacturing.

It all started before the pandemic when export controls and trade restrictions imposed on China by the Trump administration led to Chinese companies stockpiling components used in the manufacture of semiconductors. The Trump administration, along with the EU, managed to get the Dutch government to block the exports of ASML’s machines to China. The Biden administration does not seem to be keen to repeal these controls. And China is investing heavily in developing its own semiconductor industry. China might be years behind in matching Taiwan’s expertise in developing cutting-edge semiconductors, but it is still producing semiconductors based on older technologies and that is what it has secured the components for.

Major stress is emanating from the packaging industry, one with its own peculiar problem.

The chips have to be packaged using a high-performance film called ABF. ABF is Ajinomoto Build-up Film, developed by Ajinomoto, a Japanese company that specializes in food seasoning. ABF packaging substrates are produced by only a few manufacturers, mainly in Taiwan. Packaging substrates have seen constant innovation over the past decade. However, since demand was mostly stable and margins low, the producers could not build the capital to expand production dramatically. What brought the ABF substrates into spotlight was the stockpiling of components in China and the sudden explosion of demand for chips due to the coronavirus pandemic. With stronger margins, manufacturers are looking to add capacities but that cannot happen overnight. ABF substrate makers are currently running at full capacities and new orders are unlikely to be fulfilled before 2023.

To add to the predicament, there were natural disasters. We spoke about the drought in Taiwan and then there was fire! Unimicron, reportedly a major supplier of ABF substrates to TSMC for Apple’s Mac computers – the ones that will use Apple’s in-house developed ARM processors – had to witness burning down of an entire facility due to a fire incident. Operations are expected to resume in 2022 at this plant!

The lead time for procuring ABF substrates has now shot up to almost one year.

Other packaging items such as wirebond and leadframes have become scarce too.

Wirebond is used to stitch together chips or ABF substrates using tiny wires. It is generally used for low-cost legacy chips or midrange chips. These are precisely the chips that automobiles need. They do not need bleeding-edge 7nm and 10nm chips. They use several chips that are 45nm or 60nm or even larger. Since foundries had scaled down production of chips for auto-makers, wirebond makers had also slowed down. The sudden screeching demand from the auto industry has tightened the supply for wirebonds as well.

Leadframe, another component used to pack chipsets, is a metallic frame used for chips in analog and radiofrequency chips for markets such as medical, commercial, defence and aeronautics. Leadframes, like ABF substrates are a low margin product. The sector has seen consolidation while some makers have simply exited the market.

Can there be more bad news?

Just when you thought – “I get it, components are also in short supply”, allow us to delve a little into transportation of these chips as well. Yes, there is that angle to the shortage too! Shipping poses another set of challenges knocking at the front door of the semiconductor industry.

The hangover of the six days’ blockage by the Evergiven ship in the Suez Canal in March 2021 is still being felt by the global shipping industry. Add to that the restrictions imposed by various Chinese ports in the wake of Covid outbreak and denial of entry to ships coming from hotspot countries. This led to congestion of backlog ships outside of these ports. As a result, these ships could not offload the goods that they were bringing to China. As restrictions continued for weeks, shortage of ships and containers was felt globally.

Many countries are disallowing people that are not vaccinated yet. Seafarers on these ships mostly come from countries where inoculation drives have been slow. Shortage of workers could further delay despatch of ships. So even if capacities were added and output increased, scarcity of ships would mean delay in delivering components to chip manufacturers and in delivering chips to the end users. This recipe of shipping crises is brewing at ports all over the world. It would be far-fetched and too optimistic to assume that the excessively intertwined supply chain of semiconductors would be insulated from the shipping bottlenecks.

We already know how tentacled the Semiconductor industry’s supply chain is but here is a little refresher: Chips are manufactured using lithography machines made by ASML, a Dutch company enjoying near global monopoly. For manufacturing these machines in the Netherlands, ASML sources mirrors from the Zeiss Group of Germany, special light emitting hardware from Cymer, its own subsidiary in the US and key chemicals and components from Japan. Shipping it to the chip manufacturer requires 40 shipping containers, 20 trucks and three Boeing 747s. Further, the chip manufacturer would buy ABF substrates most likely from Taiwan. The components required for making these substrates are sourced from the US and Japan. At a time when capacity constraints are being faced by vendors two or three layers down the value chain and shipping industry is facing challenges in the form of port closures, sea route traffics and slow vaccination among seafarers, ferrying raw material for chips from across the world to ferry the finished chips back across the world is going to take longer than what is considered a normal lead time.

We don’t mean to leave on a sad note but realistically, this is not a problem that is going away in a hurry – to say the least.