The World Of Semiconductors

I don’t know what you’re reading this on, but it is probably a phone or computer and it is definitely powered by a semiconductor chip. Chips are used in literally every single smart device in existence.  Daily items of usage like air- conditioners, your rice cooker, televisions to sophisticated things like ATM machines, airplanes all need semiconductor chips. Think of these cool little things as the very foundation of modern life and technology. The industry is in on a roll and one of strategic importance in International Politics.

As an investor you may want to know, who are the major players in this industry? Let me introduce you to a few, all listed on the US bourses.

ASML, a Dutch company, manufactures photolithography machines. These machines use UV light to etch extremely complex integrated circuits on chips. This technology is the backbone of the semiconductor industry. ASML’s expertise in making atomic chips is generations ahead of Nikon and Canon, the other two players in the space. In fact, these two players are almost insignificant peers. It is almost a monopoly. By some estimates, ASML commands more than 90% of the market share.

TSMC, based out of the tiny island of Taiwan, manufactures about 60% of all the semiconductors of the world. It is the world’s most valuable semiconductor company by market capitalization. They also boast of the largest foundry in the world. TSMC’s two major competitors are Samsung and Intel, both of which are investing heavily to increase their capacities over the next 3 years. But right now, TSMC rules.

Nvidia, an American company, is a popular name among the gamers of the world. It designs GPUs (Graphics Processing Unit) used widely for gaming and professional computing. It is one of the largest spenders on R&D in the space. However, it outsources manufacturing of these chips to TSMC, Samsung and Qualcomm. While Nvidia dominates the GPU space by a large margin, it is in a constant tussle with AMD, another major player.

Currently, there is an unimaginable demand for the limited supply of these atomic wonders.

If you haven’t noticed already, the players who matter are spread all across the world. Yet, they need to collaborate with each other to keep the much required balance in order to meet this demand.

The current landscape and challenges

It may be worthwhile to understand that the industry runs on a concept called the ‘foundry model’. While many companies make their own designs or styles of semiconductors, only a few manufacturing units or ‘foundries’ can actually manufacture them. There are three major foundries across the world, TSMC from Taiwan, Samsung from South Korea, and Intel from the USA. TSMC and Samsung have a technology edge over Intel. They can both fabricate semiconductors with 5 nm transistors, while Intel is stuck at 10 nm. Other foundries are even worse off. Hence, the weight of the world’s requirements rests on these three companies.

Under ordinary conditions, the semiconductor industry is fairly resilient. But right now it has been hit by a perfect storm of conditions, causing major disruptions. Let us take the example of the automobile industry. In the wake of the pandemic, auto-makers cut down on their orders. Accordingly, chip manufacturers had scaled-down production of chips for automobiles. Neither had anticipated the sudden uptick in demand. Add to that was the demand for chips coming from the multitude of devices used to make ‘work-from-home’ possible. The demand for personal technology devices such as laptops, TVs, video games, and phones also shot up. Now there is an exploding demand and a crawling supply.

Most end-user industries operate on low inventory to keep costs down, so any slowdown or change in the chip manufacturing supply chain creates shortages for the end-users.

This is not the end of woes. The industry needs large amounts of water. Last year, Taiwan, the semiconductor hub of the world, witnessed the worst drought in 50 years. While TSMC sourced water tankers and continued to operate at over 100% capacity, it has now decided to invest in water treatment plants to avoid such exigencies. This water treatment plant is expected to be ready by December this year.

Trivia: Samsung had to shut down its foundry in Texas when a freak winter storm hit the region in February 2021. 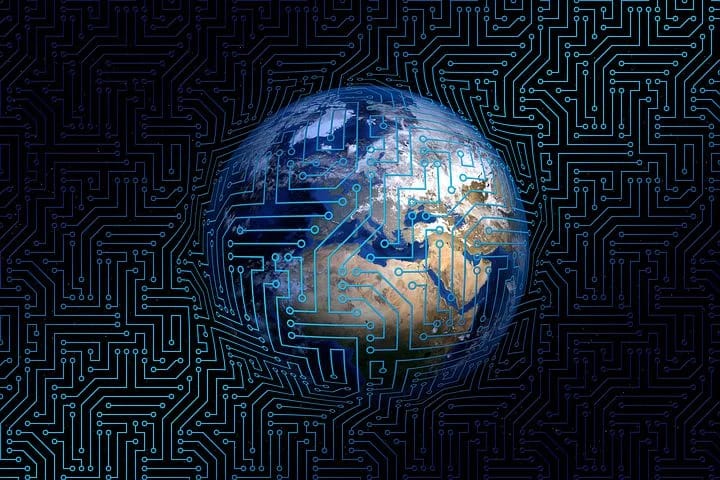 Sectors such as defense, healthcare, and industrial production which are strategic to almost every nation, are being made smarter and more efficient using digitalization. And  semiconductors are the hardware behind digitalization. Governments are declaring huge budgets towards innovation in these sectors. Any shortage of semiconductors could derail their ambitions. US President Joe Biden has announced $50 billion worth incentives for semiconductor research and manufacturing.

Nvidia and AMD are American, TSMC is from Taiwan and Samsung from Korea. In the event of the slightest strain in international relations, strategic sectors in the buyer countries could struggle to function. ASML has not been able to get approval to export its most advanced lithography machines to China. The world of chips is still led by Taiwan, the United States, South Korea, and the Netherlands. This is certainly not a desirable state of affairs. No country wants to be so heavily dependent on outsiders. It is no surprise that a lot of countries have started investing heavily in boosting indigenous production to keep powering their economies. Nvidia, known for its graphic chips, has recently bought over Arm Holdings, a British software company that lends itself to designing chips. Many firms had begun using Arm to design their chips instead of buying expensive ones from Intel. Perhaps the most interesting development in this space has been that Apple finally has a ready-to-use proprietary design architecture and they have outsourced manufacturing of these proprietary chips to TSMC.

Trivia: By choosing not to design, manufacture or market any semiconductor product under its own name, TSMC never directly competes with its clients, making it a preferable partner over Intel.

What does the future have in store?

With so much action around, disruption cannot be too far away. The semiconductor industry is being challenged from an unexpected direction—open source hardware! Like open source software, semiconductor designing is also being crowdsourced. Interested aficionados can post their designs in the public domain and have others with similar interests improve upon those designs – the perfect method to make technology into what the majority wants! This is still nascent and would be fun to track. We may live to see the day when the proliferation of open-source hardware displaces the dominance of chip designing companies. Until then, you cannot ignore some of the names we mentioned.

The next one in the series, Semiconductors – Neither Packed Nor Shipped, discusses the supply and demand challenges faced by the industry.