HomenewsOpinionWhat Next With Vodafone Idea – Join Us For Some Skygazing

What Next With Vodafone Idea – Join Us For Some Skygazing 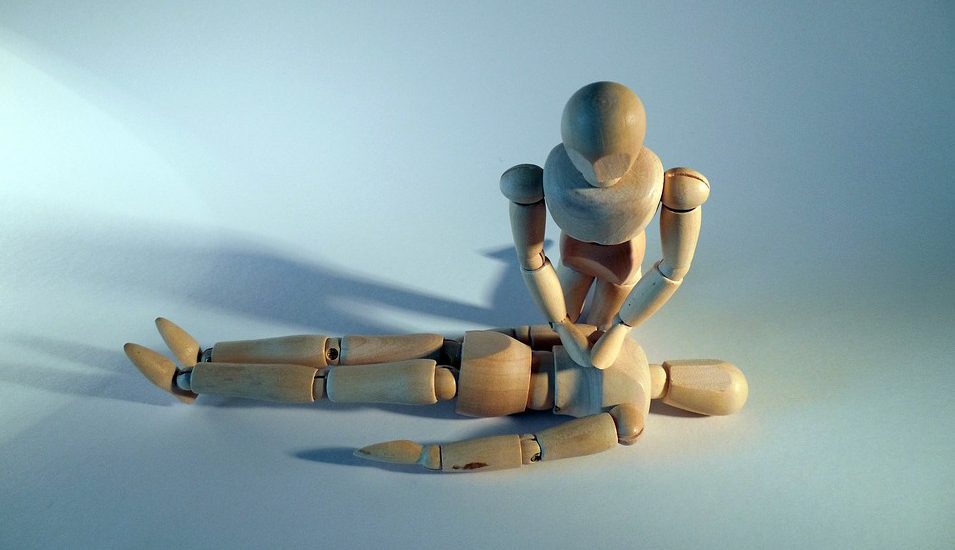 Speculations are rife as to what would happen to Vodafone Idea Limited (VIL).

The British parent is carrying it at zero value and Kumar Mangalam Birla recently stepped down as chairman. Both are clear indications of the parent companies’ unwillingness to continue to provide for VIL.

In this background, the Company has to brave a  ₹7000 Cr payment coming up in October this year.  It is unable to borrow more and the government has made it clear that it would give no respite in the retrospective AGR dues.

Several experts have recommended a JV or merger of sorts between Vodafone Idea and the government-owned hapless BSNL. That is a solid rescue plan that the industry has offered to the government for free. But the authorities have not shown any interest. In the event VIL defaults on the dues coming up in October, it could soon be sent for restructuring to NCLT.

Let us look at what the NCLT will have to deal with and what could be some possible resolution outcomes:

Outcome 1: Convert all debt to equity. This would include bank loans, NCDs etc but not bank guarantees. VIL has negative equity that is larger than bank borrowings. Hence, only converting lenders’ money into equity will not solve any problem, except that finance cost will come down slightly. 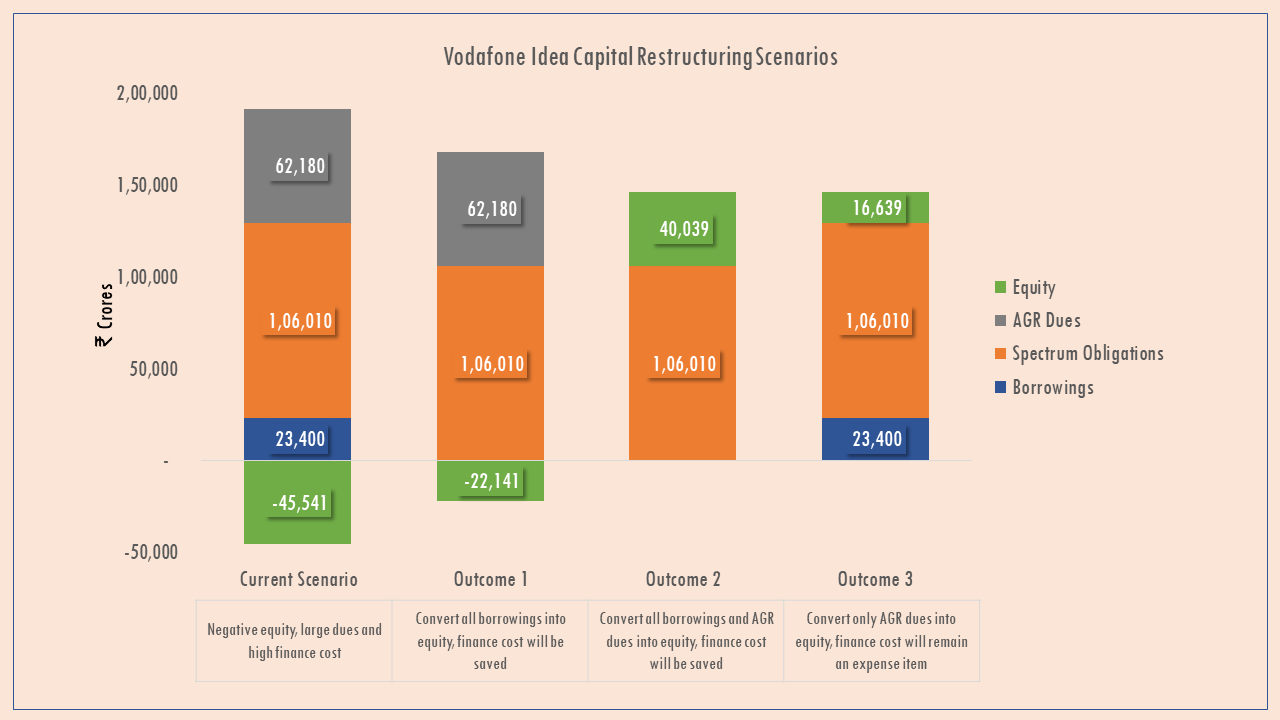 The largest liability comes from spectrum payment obligations and AGR dues. Spectrum related obligations are part of the business that are to be paid in instalments until the spectrum is held. AGR dues are an anomaly that the management continues to call an error.

Outcome 2: Convert both bank debt and AGR dues to equity – VIL would have ₹40,039 Cr in positive equity.

This move would effectively make the balance sheet healthy, but operations would continue to be the way they are. Of course, finance cost will reduce but VIL needs more liquidity in order to grow its business. Its user base has been declining.

Outcome 3: Convert only AGR dues into government owned equity and let bank debt remain. Banks might prefer this option over conversion of their debt as it would mean continuing interest payments and not equity in a company that is struggling hard to retain its market share. Converting only AGR dues would result in a positive equity of ₹16,639 Cr. It would also strengthen the balance sheet but still won’t help improve the operating metrics. This move will neither bring in new cash nor would it cut down the finance cost. VIL will continue to hold the debt on which it will have to service interest.

Of all these options, the first one i.e., converting all debt to equity will not solve any problem.  Equity would continue to be negative and banks will have to wait for long before reaping any profits. Hence, let us focus on Outcomes 2 and 3. Both outcomes will entail equity dilution. We could take cues from Yes Bank’s resolution where the equity on balance sheet was still positive. Yes Bank’s shares were trading at around ₹30-40 per share around the time when dilution took place. But the new shares were issued at ₹10 per share, roughly a third of the market price.

Similarly, VIL’s new shares could be issued at ₹2 per piece – about a third of their current market price of ₹6.

In Outcome 2 where both AGR dues and Bank debt are converted to equity, 42,000 Cr new shares will be issued. That would dilute the existing shareholders’ stake by roughly 93%.

In Outcome 3 where only AGR dues are converted to equity, 30,500 Cr new shares will be issued. That would dilute the existing shareholders’ stake by about 91.5%.

In either scenario, the existing shareholders will be left with less than 10% stake in the restructured VIL.

However, both these cases seem to be unlikely if cues from DHFL’s resolution plan are to be taken. DHFL also had negative equity and the existing shareholders lost total value of their stake. They were left with no ownership after the new capital was infused. By implication, the current shareholders could very well see complete erosion of their stake.

But why compare VIL with Yes Bank and DHFL? Truth be told, VIL is no bank or financial institution where the public money belonging to customers, depositors and lenders is at stake. It may never get such attention from the regulators to begin with. Shareholders are anyway not a priority in such cases because equity has the inherent risk of going down to zero.

If VIL were to go under, the market would become a duopoly of Mukesh Ambani’s Reliance Jio and Sunil Mittal’s Airtel. Digitalization at the national scale in recent years has made telecommunications a strategic sector. Duopoly in a strategic sector is not only a worry for consumers but also the regulator and the economy at large.

A duopoly would give higher pricing power to the surviving giants and slow down the digitalization efforts. It could also hurt the government’s revenues from spectrum licenses – the two players could always enjoy a lopsided balance of power during the spectrum auction process.

Is it time for the government to accept that the AGR dues are not recoverable after all? Joining the forces of VIL with BSNL still seems to be the best way to save the day for the shareholders while taking care of the interests of other stakeholders. After all, it still has 270 million active customers.